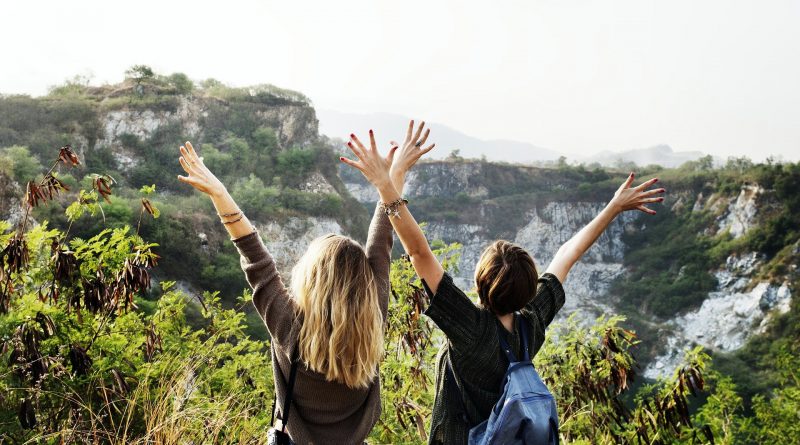 Before dwelling in detail on the tourism industry, we have to understand what tourism means. It can be defined as the activities undertaken by people traveling to a place different from their homeland for sporadic periods of time, which may be for purposes of leisure or business.

Tourism can also be broadly seen as a commercial organization to further the economy of the country. In this context, Indian tourism is a booming corporation.

Tourism can broadly be categorized under outbound, inbound and domestic tourism. These three definitions are from a first-person perspective, where a person and a place are kept constant.

Tourism also has a widespread economic effect. Statistically speaking, according to the World Tourism Organisation, approximately 698 million people travel to a foreign country in a year. This is indicative of the large economic boost that inbound tourism provides for a host country.

Top 20 Most Expensive Hotels in the World

It surpassed that of the oil corporation or the export corporation. Another important economic effect of tourism is job creation.

According to the 2017 Economic Impact Report by the World Travel & Tourism Council indicates that the industry generates one out of 10 jobs worldwide.

In earlier times, tourism was the activity of upper-class citizens who traveled to different parts of the world mostly for of cultures. All of the world, activities of travel were existent and literature relating to this also started coming into existence.

In the Middle Ages, with the advent of religion, the concept of pilgrimage also came to the forefront which can also be classified as tourism. In popular culture too, works of literature such as ‘Canterbury Tales’ and ‘Journey to the West’ became prevalent, giving further fame to tourism.

The roots of modern tourism can be traced back to what is called the Grand Tour. This was a journey undertaken by wealthy, upper-class men to take a tour of the entirety of Europe. The concept was started by Ladislus Sigismund Vasa, prince of Poland and was undertaken multiple number of times by men of royalty later.

Cox and Kings was the first tourist agency which was formed in 1750. The famous Thomas Cook travel company was formed soon after where he started the first chartered excursion train. Following suit, in the present age there are numerous travel agencies, big and small to facilitate tourism for everyone.

Tourism as an industry is developing at an exceptional pace. More and more people every year try to gain an active experience of traveling to different places.

Tourism also encompasses wider industries of travel, food and beverage and adventure activities, which makes it an umbrella business in terms of economic growth.

Tourism also enables a smooth intermixing of culture between the inbound and outbound tourism mechanisms. With the advent of globalization, the world is shrinking into a village and tourism has a very important part to play.

Tourism is no longer an activity for the upper-class and is now available to a wider class of people. This is making tourism an ever-widening industry.

In recent years, there has been an exponential growth in the Tourism Industry. For both the overseas and the domestic population, India is the preferred destination for traveling. According to the reports, Tourism in India has outperformed tourism in terms of growth, of tourist and the revenue.

India is a land of varieties and contrasts. From the North to the South, we find snowclad mountains, stretches of deserts, beaches, coasts, urban as well as rural or pastoral areas. All of this is open to the massive number of tourists that flock to India to experience its beauty.

India attracts tourists not only for its aesthetic exquisiteness but also because of its rich culture that grants to the lushness of tourism of India.

Apart from the landscapes, India also boasts of historical ethos that is captured in the archaic monuments built by the Mughals and the Rajas of ancient times. From the majestic Taj Mahal to the Brihadisvara Temple in Thanjavur, the assortment of coexisting and complimenting beliefs is evident.

Tourism Industry contributes 6.23% to the country’s GDP (Gross Domestic Product) and 8.78 % of the total employment leading to the largest service Industry in India. The export earnings from international visitors are expected to generate US $51.4 billion by 2019.

By 2020, Tourism Industry is expected to contribute Rs 8,50,000 cr. to the GDP which means that every individual could become richer by 7000 Rs.