It’s no secret that the life of an entrepreneur is all hustle, hustle, hustle, right? So a trip to the cinema or a quiet movie night on the sofa might be a welcome break. But what would be even better, is if that break turns into an inspiration that fuels your business venture. That’s right. Today we bring to you the best 20 inspirational movies for entrepreneurs out there that are sure to give your ambition a boost.

“Until Sean Parker made his biggest contribution to the company. Drop the ‘the’. Just Facebook.”

It covers the moment where Zuckerberg got his inspiration for Facebook, his days at Harvard creating the site and the later lawsuits against his company, one for intellectual property theft from two brothers and one from his co-founder Eduardo Saverin, for diluting his Facebook shares.

The movie was dramatic, pulled off by brilliant acting. They brought out the perfect lost smart-guy in Zuckerburg and the crazy fast-talking visionary in Sean Parker. And no one can deny the inspirational power of Facebook’s story. The Social Network is about the power of believing, the influence of a few right people, and the grit it takes to keep going until you’re headed at, well, in this case, ‘a billion dollar valuation that shuts everybody up’.

“We’re here to make a dent in the universe.”

Pirates Of Silicon Valley is another great motivational movie for any entrepreneur. Based on the book Fire in the Valley: The Making of the Personal Computer, it covers a timeline of 1971 – 1997, exploring Apple and Microsoft’s rise. It also takes a look at the great minds and lives of Bill Gates and Steve Jobs and how they became the most successful entrepreneurs of the century.

If you’re looking for motivation, why not turn to the best, every entrepreneur’s idol? Gates and Jobs’ feat might’ve been extraordinary, but the movie breaks it down for us and gives us some important pointers to learn from. It’s ranked number 2 in the list of top movies for entrepreneurs.

Glengarry Glen Ross is high powered, witty and illuminating, making it one of the best movies for entrepreneurs ever made. It is set in the cutthroat world of salespersons in Chicago real estate. Lies, betrayals, brutality and grit is what it takes to succeed there and we can all learn a few things about thinking on our feet to shine at the top in a cutthroat world. It is ranked number 3 in the list of top movies for entrepreneurs.

“The point is ladies and gentlemen that greed, for lack of a better word, is good.”

This movie may not lead down a path you want to follow, but it has the best advice you’ll find anywhere on what not to do as an entrepreneur. It is ranked number 4 in the list of top movies for entrepreneurs.

The movie tells the story of Bud Fox, a stock-broker mentored by the powerful corporate raider Gekko who gets carried away with insider trading in his greed. This is the tale of the downfall of greed and ambition that gave us the iconic  “Greed is good” speech, delivered by the very persuasive Gordon Gekko. This movie is a different kind of inspiration— to make the right decisions and stay on the good side of morality as you pursue your business venture.

“You had three weeks. The universe was created in a third of that time.”

Steve Jobs is a unique kind of movie for entrepreneurs. It doesn’t focus on the Apple founder’s life like a biography; it depicts three events- three of his most important product launches. Heightened with Aaron Sorkin’s script, it leaves important lessons for people aspiring to be the next Steve Jobs to pick up.

“Show me the money.”

Jerry Maguire is based upon the true story of Tom Cruise that captures the very spirit of entrepreneurship- following your dreams and sticking to your own vision. It’s a motivational movie that deals with hard work, passion, dealing with rejection and virtue. You don’t have to let go of your values to be successful and this movie proves just that. And that’s a lesson that we haven’t seen a lot of in movie for entrepreneurs so far.

“You got a dream. You gotta protect it.”

Based on the true story of Chris Gardner, this is one of the most inspirational films for every entrepreneur. It’s moving and heartwarming with one simple message- don’t give up.

In Chris’s life, he became homeless and struggled to provide for his son, but he didn’t give up on his dream. It displays a firm grip of reality, acknowledging that the road to becoming a successful entrepreneur is laced with difficulties, and sacrifice and determination is what it takes to make it.

“If we win, we’ll have changed the game.”

This movie is innovative, enthusiastic and filled with creativity and a must watch for entrepreneurs in this money-driven world.

Brad Pitt’s Oakland A’s didn’t have the money to compete in the baseball world. They couldn’t buy star players. But he figured out a unique way to get talent and to compete. And that’s a skill every entrepreneur wants to have in the bag— how to make the best out of a bad situation. You want inspiration on to win with little or no money with the odds stacked against you? Moneyball is just the motivational movie for you!

“Deal with your problems by becoming rich.”

Another true story, The Wolf of Wall Street follows Jordan Belfort as he rises and falls as an entrepreneur. It shows how his firm Stratton Oakmont made its money filled ride to the top of the industry and then had an equally hard fall as their crimes drew the attention of the FBI, ending in a prison term.

Belfort is another great example of who an entrepreneur shouldn’t be. His cunning intelligence could have made him so much more if only he wasn’t driven by just money. The important thing is to have empathy and stay on the right side of the law. Or else, downfall awaits. It is ranked number 9 in the list of top movies for entrepreneurs.

“Anybody tells you money is the root of all evil, doesn’t have any.”

If you enjoyed The Wolf of Wall Street, you’re going to love the Boiler Room. Loosely based on Stratton Oakmont, Jordan Belfort’s stock trading company, this movie will recharge your inner business spirit. The characters in the movie worship Wall Street’s Gordon Gekko and make a living manipulating people into buying falling stocks. And well, the rest is a cautionary tale, that ends badly. Stay true to your morals, and don’t go down that path is the best advice this movie has to offer.

“Every champion was once a contender who refused to give up.”

This one’s a classic tale about the underdog. Rocky Balboa, a boxer is given the chance to fight the heavyweight champion Apollo Creed and make a better life for himself. The world tells him that he’ll never succeed, but Rocky keeps fighting. Rocky’s tale of courage, determination and the power of the competitive spirit makes a perfect movie for any entrepreneur being held down by his competition.

“I could set the building on fire.”

What if you’re not an entrepreneur yet, but you’re looking for the inspiration to leave the 9-5  job you hate and become one? Or are you an entrepreneur looking to be convinced that you made the right decision by quitting your job? Office Space is just what you need to watch.

Office Space is about. Peter Gibbons, who he hates his job in his cubicle taking orders from his creepy boss Bill. You’ll probably agree that every entrepreneur hates working for someone else. And while we don’t recommend getting fired by setting the building on fire, this movie will motivate you to find your inner job-hating entrepreneur. It is ranked number 12 in the list of top movies for entrepreneurs.

“A man who doesn’t spend time with his family can never be a real man.”

The Godfather is the story of a small family business that fights its way to the largest organized crime syndicate in all of New York City. While it’s probably best not to leave your job to start an illegal business, the father and son who run the operation have some serious talents. They show that it takes shrewd minds and creative solutions to stay at the top. And that’s why it’ s such a great motivational movie.

Based on pure inspiration, this would be at the top of our list. Joy is a beautiful movie based on Joy Mangano, inventor of the Miracle Mop and Huggable Hangers. It talks about the struggles women faces and the importance of pushing forward even if your friends and family aren’t supportive. Keep thinking and keep trying and success will be yours is this movie’s message.

Howard Hughes fought a battle on two fronts. He came out ahead of fierce competitors with much larger assets all the while struggling to beat back his own mental illness. People threw obstacle after obstacle in his way but they couldn’t make him let go of his passion. And that’s the legacy that every aspiring entrepreneur needs to take a look at. It is ranked number 15 in the list of top movies for entrepreneurs.

Seventy-year-old Ben Whittaker doesn’t want to be retired anymore. So he decides to intern with an online fashion store. But saying all the right things at the right time person Ben now has to deal with an extremely skeptical boss. Pleasant aura, light humor and an inspiring movie with a feel-good vibe The Intern is a perfect fit on our best movies for entrepreneurs list.

How Wall Street works in this movie- chaos, corruption, and misfits. In a slapstick mid-2000s tragedy, a few finance experts predict the collapse of the US Housing market. And they begin to expose its flaws and darkness. The Big Short is a movie with its own flaws, but it still makes number 17 on our movies for entrepreneurs list for its riveting experience.

Bobby and his colleagues lose their jobs when their company downsizes. Now deprived of their work, they embark on a journey of perseverance, to give their life purpose once more. The Company Men cannot stress more the importance of family through Bobby’s humbleness and humanity. It’s about ethics and standing up for what you believe in without getting sucked into the toxic cutthroat world. And that makes it a great motivational movie for entrepreneurs.

Eddie, done with looking at a bleak future for himself tries a drug that gives him a razor-sharp mind. But does it truly make him limitless? Limitless has an intriguing concept. The story may be slightly messy, but it delivers a blast- funny, scary and entertaining- from start to end. It’s a great movie that centers on the workplace and Eddie progressing in the stock market, making it second to last on our best movies for entrepreneurs list.

A formidable enemy coming back to stab you in a corporate world is a good plot. But alas, this movie took some unwise, unfocused story detours that prevented it from reaching Harvey Specter vs Travis Tanners kind of enemies action heights, but in the end, it was an entertaining ride. Dan Trunkman leaves his job and forms his own company but his former boss in an obstacle. It’s a memorable inspirational movie, but a bumpy comedy at heart.

So that’s it for our best movies for entrepreneurs list! Let us know what we missed out in the comments! 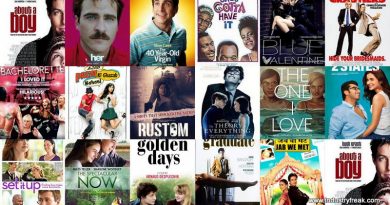 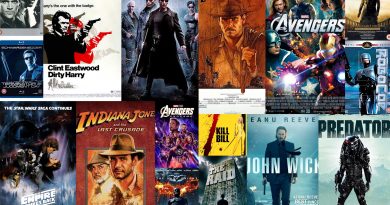 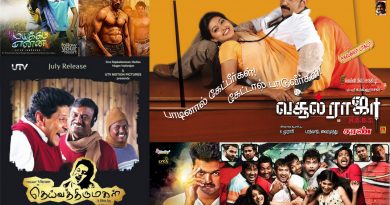