The role of fashion models are not only to wear fancy dresses and earn handsome money but also to display and promote certain products and to break major myths as well.

No wonder we are in the twentieth century where we talk about men and women having equal rights and equal opportunities, but you cannot deny the fact that this is a man’s world.

Be it politics or science, technology or arts, warfare or religion, education or business, men are overrepresented everywhere. We can hardly find any female-dominated industry, the fashion industry being an exception to that.

And so when we talk about the top famous models in the world, the list is overtaken by female models who are outshining in different body sizes and breaking all the stereotypes of color.

Brown is the new sexy! Models like Gigi Hadid and Kendall Jenner have flooded our Instagram feed and we couldn’t have asked for any better.

Here presenting to you the top 20 most famous fashion models in the world:

The American model Ashley Graham signed the deal with Wilhelmina Models in 2001 and with Ford Models in 2003. She has appeared on Glamour, Bust magazine, and more editorials. She is 20th on the list of top 20 most famous fashion models in the world.

In 2013 she designed a lingerie line for Additional Elle. She always took a stand for different body sizes and is an outstanding example of a plus-size model.

This Chinese model is the first East Asian model to walk for Victoria’s Secret Fashion show. Her career in modelling started in 2005 when she stepped in the New Silk Road World Model Contest.

She worked with Vogue and Harper’s Bazaar they gave her more limelight. Liu Wen has walked for Chanel, Jean Paul Gaultier Hermes in Paris. She also became the first Asian to be in the top 5 on Forbes list of the world’s highest paid models.

The American model Altagracia Dilone started modeling at the age of 18. She signed with DNA Model management. Dilone is 18th on the list of top 20 most famous fashion models in the world.

Dilone got exposure after her walk for Marc Jacobs fall 2016. She made an appearance in advertisements for H&M, Coach, Balmain and more.

Theodora Teddy Quinlivan is an American model who came out as a transgender in September 2017. She has walked for designers like Carolina Herrera, Jeremy Scott, Jason Wu and more.

The credit for the red hair trend that we witnessed recently goes to Teddy without any second thought.

This Brazilian model and actress have been one of the highest paid models. She was the first Brazilian models to find International success. Gisele was Victoria’s Secret Angel from 2000 to mid-2007.

She pioneered the horse walk. In the year 2000, she became the 4th model to appear on magazine Rolling Stone. She has appeared in almost 1200 magazine covers.

Known for her lingerie work with Victoria’s Secret and her collaboration with Paige. Her first modelling session was for a Levi’s jeans commercial in 2003 when she was 16 years old.

Rosie was featured as the face of Karen Millen’s advertising campaign. She posed nude for the Pirelli Calendar. She is 15th on the list of top 20 most famous fashion models in the world.

Doutzen Kroes began her modelling career in 2003, soon she was cast by Victoria’s secret. She became Victoria’s Secret Angel in 2008.

She has been the brand ambassador of L’Oreal Paris for almost 10 years. In the year 2005, she won “model of the year” on Vogue.com. Madame Tussaud’s wax museum Amsterdam branch has her wax figure.

A Puerto Rican supermodel and actress, the first Latina model to represent Estee Lauder cosmetics. Joan was featured in the Victoria’s Secret Fashion Show for five consecutive years from 2011 to 2016.

Joan Smalls has modeled for designers like Chanel, Prada, Gucci, Marc Jacobs, Tommy Hilfiger and many more. She appeared in Pirelli Calendar in 2012 and also in 2014.

This unique combination of author and model named Christine Diane Teigen is represented worldwide by IMD Models in New York. She is 12 on the list of top 20 most famous fashion models in the world.

She appeared on the cover of Ocean Drive magazine, Cosmopolitan and in editorials for Italian Vogue, Glamour, Galore. Teigen has hosted shows like  Watch what happens live, America’s Next top model. She has written cooking related books as well.

The American model and entrepreneur were Victoria’s Secret Angel for four consecutive years from 2011. Her career started at the age of 14 when she was captured by photographer David Leslie Anthony for an editorial Almost famous in Scene Magazine.

Kloss has walked for many designers in New York, London, Milan and Paris. She is famous for her unique, atypical beauty and most unusual powerful runaway walk.

This Brazilian model and actress ve been the longest running Victoria’s Secret Angel from 1999 to 2018. She is currently the brand ambassador of Desigual, Calzedonia and Sportmax.

At the age of 15, she bagged the title “Supermodel of Brazil” in Ford’s model search. She has walked for designers like Rosa Cha, Marc Jacobs, Sean John, Dosso Dossi and many more. She has been a spokesmodel for Maybelline cosmetics since 2003.

Woolridge Grant also known as Lana Del Rey signed a deal with Next Model Management agency in 2012. She is also a singer by profession, summertime sadness, young and beautiful, love, video games, blue jeans, ride, lust for life, being a few of her work as a singer. British Fashion house Mulberry released the Del Rey bag inspired by her signature style.

Heidi Klum is also a TV personality, actress and businesswoman.  She has worked as a spokesmodel for H&M, McDonald’s, Braun. She appeared in TV shows like spin city, sex and the city, yes, dear, and How I met your Mother.

Signed the IMG models in 2014, awarded “Model of the year” in 2016, she goes by the name Isabella Khair Hadid. At the age of 16, Flynn Skye project helped her enter into the modeling industry. She is 7 on the list of top 20 most famous fashion models in the world.

She has walked for Desigual, Tom Ford, Diane Von Furstenberg, Tommy, Hilfiger, Jeremy Scott, Marc Jacobs and many more. Younger sister to model Gigi, Bella has made her own reputation in the industry.

Dakota Mayi Johnson, an American actress and model made her film debut at the age of 10 in crazy in Alabama.

Her role as Anastasia Steele in the  Fifty shades film series got her into more limelight. She scored around 1,500,000 monthly searches. She signed with IMG models in the year 2006.

Katherine Elizabeth Upton an American model by profession, got a big career push once she was named the Sports Illustrated Swimsuit Issue Rookie of the Year after her appearance in the magazine.

She also made an in films Tower Heist, The Other Woman, The Layover.  Having made the appearance in editorials like Vogue, Harper’s Bazaar, V, Mademoiselle, LOVE, Elle and many more Kate made her way to the top in the industry.

She began her modeling career when she was ten, with an editorial shot by Bruce Weber for Vogue Italia. Cara has received the “Model of the year” award twice at the British Fashion Awards. She is 4th on the list of top 20 most famous fashion models in the world.

Cara’s first catwalk appearance was at the London Fashion Week in February 2011. Along with modelling she also did her part as an actress in movies like London Fields, Suicide Squad, kids in Love etc. The short hair look blew our generation (credits to Cara).

She is the daughter of President Donald Trump and Ivana. Ivanka got the spotlight in print advertisements for Tommy Hilfiger and Sasson Jeans.

The American model started her career when she was two years old, however, made her debut in the top 50 ranking in the year 2014. She received the title of International Model of the year in 2016.

The older Hadid sister has in her name around 1,830,000 monthly searches, credits to her huge fan base on Instagram.

The 23 years old American model Kendall Nicole Jenner stepped in the modelling industry when she was 14 when Wilhelmina Models signed her on July 12, 2009.

Since then her graph in the industry has only risen above with her amazing work, as she walked the runaways for high fashion designers like Chanel, Dolce & Gabbana, Balmain.

She also did many editorial and cover shoots for Vogue, LOVE, Forbes. Apart from all this, she outshined the gram generation as she became one of the most followed celebrities on Instagram. 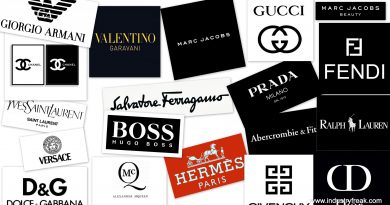 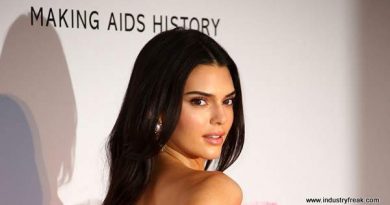 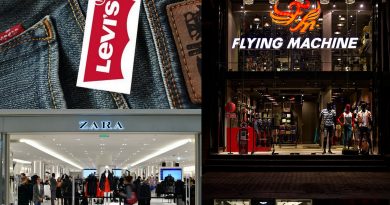