Animation once was an iconic discovery that revolutionized cinema and continues to be an important component of our cinema-loving hearts. Whether it’s Disney’s fun worlds, comedy or romance, animated movies routinely make it to the top of the box office. So, without further ado, here’s the list of the top 31 animated movies you should be watching right now!

Inside out is a heartfelt, beautiful, story that simple (and literally) conveys a wide range of emotions. It takes us on a journey inside of eleven-year-old Riley’s head.

Just having moved to a new city, leaving behind her life in Minnesota, she wages inner wars with her five basic emotions as the characters Fear, Anger, Joy, Disgust and Sadness.

While trying to cope with her new life, she finally figures out the harmony that her head needs. It tops the list of most popular animated movies.

Coco is a coming of age drama with eye-popping beauty. Miguel, the protagonist of the story, loves singing. But his family has a ban on music. Wandering in the afterlife. He learns about his great-great-grandfather’s singing abilities while discovering himself.

Paddington 2 is a delightful, imaginative and love-spreading sequel to the famed first. In this animated film, Paddington takes up a job so he can save to buy the perfect gift for his aunt on her 100th birthday, which gets stolen. The cute little bear from this movie has stolen the hearts of entire families with his adventures.

A sequel to The Incredibles of 2004, Incredibles 2 follows the Parr family as they try to restore the public’s trust in superheroes while balancing their family life.

And their fight is complicated by a new foe in the ring who seeks to turn the world against superheroes. Spiderman may be reigning the animated world of superheroes, but Incredibles has its own little loved universe!

An adorable Disney animation for all ages to enjoy, Zootopia made its mark as the movie that had the guts to tackle sensitive issues in a cute furry animal world.

Rabbit and fox team up to find out why 14 predators went missing and the case soon turns into their own little bonding adventure involving an exciting conspiracy. It’s 5th on the list of most popular animated movies.

6. Snow White and the Seven Dwarfs

Disney’s iconic classic princess Snow White and her dwarf friends remain at the top of our best-animated movies list. Snow White, exiled by her evil stepmother finds shelter in the home of not children’s but seven little adult dwarfs’ lovely cottage in the forest and from there, her journey unfolds.

Toy Story’s enchanting world came back with a bang in its third installment, The plot sees our favorite toys, Woody, Buzz Lightyear, and the gang donated to a daycare center as their owner, Andy, prepares to leave for college. The race to get home is innovative, funny, dramatic and super-intense. And if you haven’t watched it yet, now is the time!

Finding Nemo explored a different kind of animation- a fish world. With beautiful deep-sea imagery, corals and reefs and fishes with bright coats, the movie shows the journey of a meek clownfish setting out to find his son Nemo, kidnapped in the great barrier reef and now far away. Believe it or not, fish action is pretty exciting.

Touching and stirring, Up is an adventure starring an elderly widower Carl in a flying house towards his wife’s dream destination, Paradise Falls. This older Pixar story delights with its emotions and tantalizes with its drama, so much that people keep coming back to rewatch the film!

Moana is the king, or rather, queen of films with powerful female characters. It’s fun, adventure and a role-model character locked into one 2 hour film.

Moana, daughter of chief Tui, embarks on a journey to return the heart of goddess Te Fitti, to Maui after it begins to affect her land. Strong, independent and a rule-breaker she sets the bar high for all animated explorers. It’s 10th on the list of most popular animated movies.

Pinocchio is one of the oldest Disney classics that still persists in the form of the famous long-nose joke. It stars Pinnochio, a wooden puppet earning the right to become a human by proving his truthfulness, bravery and unselfishness, aided by a cricket for a conscience.

While the concept might’ve been admittedly strange, Pinocchio is the film that kick-started animation in major ways and is still enjoyed by veteran Disney lovers all over the world.

Surpassing the success of its prequel Toy Story, Toy Story 2 was witty, stunning and delightful. Woody is kidnapped by a greedy toy collector, so Buzzy and friends set out to rescue him, but it turns out he doesn’t want to be rescued. He wants to be immortalized in the museum. Rich in emotion and a great family watch, you’ve gotta watch this film if you haven’t!

13. How to Train Your Dragon

A hapless young Viking who aspires to hunt dragons becomes the unlikely friend of a young dragon himself and learns there may be more to the creatures than he assumed.

DescriptionStruggling circus owner Max Medici enlists a former star and his two children to care for Dumbo, a baby elephant born with oversized ears. When the family discovers that the animal can fly, it soon becomes the main attraction — bringing in huge audiences and revitalizing the run-down circus.

The elephant’s magical ability also draws the attention of V.A. Vandevere, an entrepreneur who wants to showcase Dumbo in his latest, larger-than-life entertainment venture.

Shrek, an ogre, embarks on a journey with a donkey to rescue Princess Fiona from a vile lord and regain his swamp The movie is a marvelous fairy tale, with a thrilling quest and a happily-ever-after ending unconventional lovable hero. It’s 15th on the list of most popular animated movies.

Remy aspires to become a renowned French chef but he doesn’t realize that people despise rodents and will never enjoy a meal cooked by him. This movie is a story about never giving up on your dreams and a first-hand glimpse into French culture in a realistic but suspenseful atmosphere. It’s the perfect mix of emotion, fun and French to make a good weekend movie better.

Also can be called a household name. Lion King stars Simba who idolizes his father, King Mufasa and awaits eagerly his descent to the throne. But everything doesn’t go as planned.

Exiled and looking for a way to take his rightful place back, Simba finds friends to go with him on his exciting journey.

Dalmations 101 is a black and white dog movie that stole the world’s hearts. Anita, a fashion designer, and Roger, a computer game writer set out to rescue the puppies of their adorable little dalmatians from a crazy woman, who wants to use their fur to make a coat. Will they succeed in their mission? You’ll have to watch a twisty turvy movie to find out.

Song of The Sea weaves the myths of Celtic folklore into a new fairytale where adventures unfold underwater. It tells the enchanting story of a young Irish boy who discovers that his mute sister is a selkie who must find her voice and free supernatural creatures from the spell of a Celtic goddess.

Mickey Mouse blended with classical music. Who would picture that? Oh, of course, Disney, Released in 1940, Disney gave a new face to the Mickey Mouse world with Fantasia to which veterans keep coming back just to admire the top-notch animation. It’s 20th on the list of most popular animated movies.

Set in an innovative world playing to the millions of LEGO fans around the world, The LEGO movie was a huge success. An ordinary LEGO construction worker Emmet is prophesied as “special” and recruited to join a quest to stop an evil tyrant from gluing the LEGO universe into eternal stasis. A different kind of hero, waiting for his moment, and brilliant lego graphics make this movie a great watch.

Kung Fu Panda is made up of stunningly well-animated kung-fu sequences, lovable characters and a twist-filled story. Po the big fat panda surprisingly gets selected as the Dragon Warrior.

And now, he must team up with the Furious Five to fight and destroy the evil forces that threaten the Valley of Peace.

An underwater love and drama story, the Little Mermaid is beautifully musical and touching. Ursula, the evil sea witch, makes a princess and mermaid Ariel meet Eric, the human prince she loves. But blinded by love, Ariel loses her wits and ends up in trouble. The Little Mermaid is a must-watch if you’re a classic love story fan.

Mixing the best of both retro and new worlds, Wreck-it Ralph is the story of a bad guy trying to become the hero. But instead of making amends, Ralph accidentally lets loose a deadly enemy that threatens the entire arcade.

Despicable Me has now grown into a franchise, and it started with this animated film where Gru, a criminal mastermind, adopts three orphans as pawns to carry out the biggest heist in history.

But the girls see him as their actual father. Despicable me, besides the adorable minions, has comedy, emotion and freshness that both kids and adults love. It’s 25th on the list of most popular animated movies.

No matter how many animated movies we watch, you can’t have watched the best without this Disney classic. Alladin and Jasmine’s romantic story along with a genie in a bottle and a magic lamp involving quest made it one of the most creative and brilliant movies of its time and one that you must watch!

Ice Age started a franchise of movies with one of a kind characters and special comedy. Something about the setting of a frozen but melting world and three unlikely adventurers makes the setting beautiful as Manny the mammoth, Sid the loquacious sloth, and Diego the saber-toothed tiger go on an action-packed, sometimes violent and sometimes laughable quest to return a human baby back to his father, across a melting world.

Based on the mind-blowingly simple but entertaining Roald Dahl novel, this movie stars Mr. Fox the famously liked family man in a fun story. A clever stealing fox vs three not so clever farmers is every kid’s childhood bedtime story brought to life.

Animated cars, a cutthroat world and an arrogant jerk turned good person story, Cars is one of the most underrated animated movies out there. Cars 2006 tells the story of Lightning McQueen, a racing car, who learns a lesson the hard way when he is damaged in Radiator Springs. Now he has to get himself repaired before he can race again. And he better do it soon!

A futuristic setting and a moving story characterize this top animated movie. It follows the robot responsible for cleaning a waste-covered Earth meeting another robot and falling in love with her.

Hand-in-hand they must undertake a journey to decide the fate of all mankind. A unique parable that will be enjoyed by children and adults alike, WALL-E is a must-watch.

31. Beauty And The Beast

Beauty and the Beast is one of the oldest Disney classics with a never-fading message and compelling characters that deliver a happily-ever-after ending. Belle, a beautiful young woman, agrees to live with the Beast in exchange for the return of her kidnapped father.

But she soon discovers that the ‘beast’ is actually a trapped handsome prince. And a romantic adventure unfolds. It’s 31st on the list of most popular animated movies. 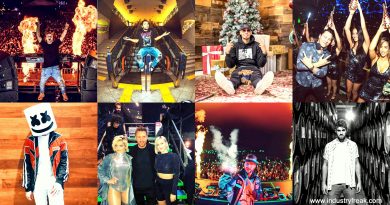 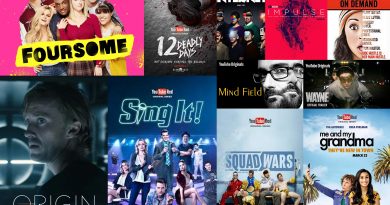 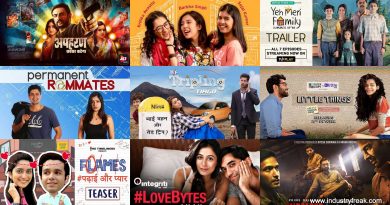