Air Pollution is not the only reason behind global warming I believe, the not-so-new species which goes by the name of male models should be equally blamed for increasing the heat.

The looks coupled with the way they carry fashion makes us drool every time we see any picture of such models.

Not everyone has got the intenseness in the eyes and ever so charming look, so here listing the top male models who have mastered the above- mentioned requirements:

Have you seen a restaurateur so hot ever before? NO. Edward Adam Senn, the American actor model even own a restaurant in NY City.

He got a huge amount of limelight and appreciation for his bisexual basketball player character in Hit The Floor.

His chiseled body in the campaigns and fashion show has always been the show stealer.

Any millennial girl would be lying if she says she did not crush on Christian Grey and his shirtless breakfast look in 50 shades franchise.

Apart from bagging several awards for his work in The Fall and 50 shades he also has been a part of several designer campaigns and drop-dead gorgeous shoots.

The owner of a karate school and a martial artist named Nicholas Kevin Stanley Yunge-Bateman started his career in modeling after his graduation and soon became the Instagram sensation with around 7million followers.

The perfect combination of cheekbones and the adorable babyface smile is one of the first Korean to walk down a Burberry runaway. Has under his name many of Dolce &Gabbana, Diesel.

The trendsetter of perfect beard and handsome personality has been a part of campaigns by L’Oreal, Dunhill, Dolce&Gabbana.

Apart from having an attractive he attractive personality as well, being the founder of the website The Queer Bible which focuses on highlighting the work and life of community.

This Chinese model has shaken the fashion industry for more than 25 years and continues to do it even now. He is 25th on the list of top 30 hottest male models on the planet.

From being the first Chinese male model to walk the international runaway to being the face of brands like Louis Vuitton, Dolce &Gabbana, Valentino etc his journey has been a remarkable one.

The British model Richard Biedulpossess the most deadly combination of blue eyes and brown hair which makes him the industry icon.

He is also one of the most sophisticated and well-dressed models having walked for J Crew.

This 48 years old American model has been in the list of hottest models since more than 2 decades now and was named the Greatest male model by Vogue.

Beckford has been the front model of Ralph Lauren in the 90s. A mention of his name is incomplete without the mention of Next Top Model (Anglo-Irish version) in which Beckford is a host.

Having worked with agencies like Soul Artist Management, Bananas Models, Fashion Model Management, Next London, Brooks Modelling Agency and many more Kit has become one of the most searched models on Instagram with 111.4k followers.https://www.industryfreak.com/top-instagram-models/

The 6ft 2in American model made his debut in the industry in the year 2010 in a John Varvatos show in Milan, Italy in later years he walked for Alexander McQueen, Lanvin several others.

He has been part of magazines like LOVE, Purple, Vogue.

The African/Canadian Model started his carrier at the age of 17, also goes by the name Septumpapi. He is currently a part of NY, USA based modeling agency DNA Model Management.

Adonis hit the limelight again when he became the father in the year 2018. And trust me, he is setting some serious hot father goals! He is 20th on the list of top 30 hottest male models on the planet.

Who grows hotter with age? Gilles Souteyrand is the answer. This more than 40 years old model has a smile to die for and a treat to the eyes kind of body.

No wonder he is as much model as he is a personal trainer. Bodybygilles were you need to visit to see his toned torso.

Why do all these models age towards hotness with every passing year? This 52 years old Korean actor tasted stardom when his film My Tutor Friend hit the screens in 2003.

Kwon has been part of volcano high, Make it Big, Once Upon a Time in High School, Love so Divine, and many more films and has been awarded for most of his roles.

The owner of sleek style is not just a model but a personal trainer as well. He has appeared in campaigns by Ralph Lauren, Orlebar Brown.

He is also the creator of the Frampton Method of training, that has turned out to be a revolutionary training technique.

A tall normal guy who is an exception to the typical male model industry has shown the world that it’s absolutely okay to not have a perfect abs kind of body and still he ruled the fashion industry.

Besides being such an amazing model he also has been a part of several movies A Leg Up, The Wolf Of Wall Street, Those in Glass houses are to name a few.

The American YouTuber came into notice with his films Expelled and The Outfield. He is 15th on the list of top 30 hottest male models on the planet.

His vibe channel has more than 8.1 million followers, and oh his instagram! It’s almost impossible to not follow him once you see his instagram pictures. What an eye Candy!

A live example of strong cheekbones and flawless complexion he is. His career began in 2001 and a few years later he was signed by IMG.

He has walked the runway for Louis Vuitton, Dior Homme, Thierry Mugler others. In 2009 Cabral launched a shoe collection as well.

What kind of a gene does Eric possess that even in his 50s he looks as charming as he was when he started his career? he is one of the Silver Fox models and is giving tough competition to the younger models of the industry.

I hope you believe it when I say he is an Engineer and a former mathematics lecturer besides being a model.

He stepped in the industry at the age of 6 when he modeled for Armani Junior.

He has been part of the campaign for Abercrombie & Fitch, Equinox, and also the cover of Attitude. What a deadly and gorgeous combination of hotness with .

He is an American model who possesses green colored fascinating eyes. His career started in 2002 with Karl Lagerfeld and since then his collaboration with the designers has been never-ending.

He also has been a part of Vogue magazine. Thanks to Brad for passing his adorable genes to his son Hudson.

For a person who hates camera and fashion in the initial years of his life and later ends up to be a part of the hottest models list is indeed surprising and ironic. He is 10th on the list of top 30 hottest male models on the planet.

It takes great hard work and talent for 21 years old to make its way into the fashion industry and gain recognition amongst people models twice of his age. Take a bow Sabbat for proving it!

Where on earth do we find such hot chefs? in London! It was in 2008 that this chef took a turn towards modeling.

Apart from being in campaigns for Hermes, Moschino, Valentino he also has been photographed by Rankin.

It was his youtube channel THE DIRTY DISHES which became trending and made him launch a cookbook on the same.

Having modeled for Adidas, Urban Outfitters and ASOS Billy became the next big thing of the modeling industry.

He has under his name a steaming photo shoot with FHM. It is his iconic beard and tattooed body that gave him this out of the box flavour.

The kind of fashion sense that he has is what every guy of this generation would love to copy and every girl would want her guy to be like him.

The 27 years old Brazilian model can seduce anybody with his hazel colored eyes.

Marlon has walked for Emporio Armani, Dolce &Gabbana, DSquared, and several others and has been featured in the covers of L’OfficialHommes, Client, Fiasco and other magazines. He is the face of Diesel fragrance.

It was only at the age of 18 that this Spanish model became the face of Just Cavalli which gave a quick start to his career in the industry.

His bushy eyebrows and sharp cheekbones is the reason you cannot resist looking at his picture.

He has also been part of films A single Man, Acantilado, Skins and The Aspern Papers. He looked exceptionally hot in the music video of “Girl Gone Wild”

Sean has been part of multiple campaigns of Calvin Klein, Giorgio Armani, Armani Jeans Lauren, , Dazed & Confused, Marc Jacobs, Lacoste, DKNY, H&M, Diesel and several others. He is 5th on the list of top 30 hottest male models on the planet.

Forbes magazine ranked him 8th in the list of most successful male models in the year 2008 and in 2009 he moved to position 1st in the list.

Smith started his modeling career at the age of 12 when he was signed with Next Management. It was his platinum blonde color hair which attracted a lot of attention.

Music and acting counts as his other talents, he is the drummer of the band The Atomics and hit the screen with the role of Bridger Jenkins in the film Love Everlasting. He is currently working with IMG.

Born in Germany Huebl is as much model as a photographer. He has been the face of Hugo Boss, Ralph Lauren, Banana Republic, Donna Karan and has been featured in magazines like GQ, Vanity Fair, Vogue, Elle, Marie Claire, Harper’s Bazaar.

He is also a part of Mr.porter’s style icon council. Huebl married the fashionista Olivia Palermo in the year 2014 and since the duo has shaken the industry by their looks.

Oliver started his career at 15 when he was spotted by Select Model Management and later became a face of Calvin Klein which got him into the lights of success.

Although he is thirty plus his looks and the perfect cheek bones made him land on the top of this list of hot male models.

He can present himself in suits as well as casual sweatpants equally good and you cannot choose he looks more handsome in what attire because no matter what piece of clothing he uses to cover that torso we cannot stop checking him out.

The 39-year-old British Model has to be on top of the list because we cannot deny the fact that he is the complete package.

David featured in the campaigns of Dolce & Gabbana for several years. It was in 2001 that David broke through to enter the industry when he won a competition leading to a contract with Select Model Management.

He has modelled for Shiatzy Chen, 7 for all Mankind, Zara, Gant USA, Hugo Boss, H&M and several others. Apart from modelling, he was also seen in the music video of “First Love”.

David has also designed a range of underwear and sleepwear- “David Gandy for Autograph”. Now you see why we called him a complete package? 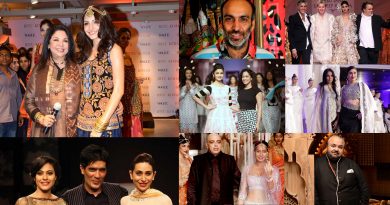 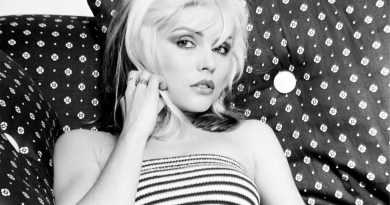 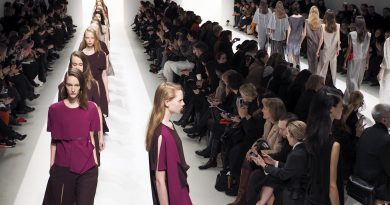