In its raw a fashion designer is someone who designs clothes. It’s not as simple as it sounds. A lot of effort goes behind a simple dress that you just purchase.

From referring to predicted trends on colors, silhouettes, textures, and materials a year in advance of the coming season to designing the appropriate garment is the real task a fashion designer does.

Difference Between A Fashion Designer And An Accessory Designer

Some of the fashion designers master in both fashion and accessory designing and some collaborate with other designers to create the entire range. Example: Sabyasachi Mukherjee’s recent collab with Christian Louboutin to create remarkable footwear for Sabyasachi’s garments.

Do You Aspire To Become A Fashion Designer?

Being creative is what is needed for becoming a designer. Either you can purse designing after your schooling through the professional program (B.Des) or you can do a diploma course after your graduation or you can do an undergraduate course with fashion design as one of your .

In India we have Nation Institute of Fashion Technology (NIFT) and National Institute of Design (NID) as the pioneers in fashion design colleges. Following them we have NIIFT and private institutes namely Pearl, Srishti etc which also offer design courses with great facilities.

If you wish to qualify NIFT and NID, you need to go through their entrance examinations which are based to examine your creativity and awareness levels. You should keep yourself updated with the recent news especially relating to the design field. You should also brush up basic mathematics to be able to solve mental ability part of the paper. The entrance forms usually come up in November-December and the examination happens before the board exams. With so many upcoming design colleges, it has become easy to qualify the entrance.

Future As A Fashion Designer

Being a fashion designer, either you can work with different brands, designers, fashion houses or you can have your own startup. after graduating from the college, you have the option of on-campus placement. In which companies approach the colleges for hiring people and you are hired based on your portfolio and overall credibility.

Joining a new company can be light on the pocket initially. But, as you stay and progress your position and your pocket gets heavier. There are millions of existing companies with numerous openings every day, giving a fair chance to the deserving candidates.

You always have the option of starting your own business. Be it from a small boutique or from an online platform. The advent of technology is a boon the fashion designers. You can start your e-business with less capital since there is no involvement of a physical shop and greater chances of success.

How Much They Would Be Earning?

As said above, joining a company just after your graduation will not make your pocket happy. But, it is a crucial time because only after surviving this, you get the opportunity to establish yourself.

placement can be low, around 3.5 Lacks per annum, but as long as you stay with that company you’ll have progress. The progress will be in both, your position and your earning. Earning from your startup can vary from person to person. It can be fairly good sometimes but bad at other times. But, this is a part of . You have both profit and loss.

Lifestyle Of A Fashion Designer

After becoming a fashion designer, your way of seeing things drastically changes. Your world revolves around shades rather than just the usual colors. Hence, the lifestyle of a designer is completely different from a common man.

A fashion designer would need specific lights, furnishings etc to create a mood where he/she can think creatively. From coffee shops to shopping malls, a designer’s mind is always opened to ideas which he/she immediately pens down in a pocket memo which is never missed anywhere.

You might have noticed designers roaming blankly and just observing things. It is done for the simple fact of getting an inspiration. Designers are continuously looking for inspirations; it can be in a hut of an underprivileged or in the great divine palaces.

In this time, where we have numerous design colleges coming up, it has left the flood gates opened with an unimaginable number of designers graduating every year. It has made the competition tougher. Just acting like a boon we have e-commerce flourishing, which is a bit of relief to the unemployed designers. 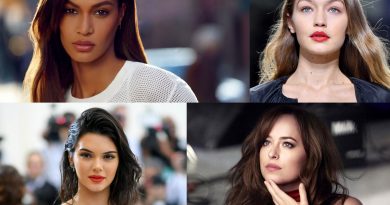