The X-Men series is really messed up. They have a vast spanning timeline of over 200 years, films released over 2 decades – and to add up to the spider-web even more – 2 different timelines simultaneously. If you too ever get confused and lack x-perience about the X Men series, check out the x-pertly compiled X Men movies list below! Beware of spoilers.

Actually the fifth film to be released in the Xmen franchise, X-Men: First Class is the first one in its chronological timeline of events. It’s the introductory movie about the major characters of all Xmen movies like Professor X and Magneto.

The story tells the tale of Charles Xavier (played by James McAvoy) and Erik Lehnsherr (played by Michael Fassbender), as they team up as Professor X and Magneto respectively, to prevent and defeat a nuclear war between USA and USSR. It also shows Mystique’s character. Thus, the first class of X-men is formed. It takes place in 1962.

X-Men: Days of Future Past

To make the future changeable and connect the X-Men series in order to watch them from the oldest to the latest, X-Men: Days of Future Past was released. It’s set in the future where the unfortunate demise of the mutants happens and for that, it rotates back to the past that is later altered.

In this storyline, the anti-mutant robots called the Sentinels are on the verge to bring the mutants and their supporters to extinction. To save the future, the original XMen join forces with their younger selves from X-Men: First Class in an event that must change the past.

In this X-men series movie showcasing the Wolverine’s character (played by Hugh Jackman), right from his childhood days in the 1840s to his healing factor power along with his brother Victor Creed.

It further shows the battle between Wolverine and William Styker as well as Sabretooth. Although, in the end Wolverine gets shot in the head with an Adamantium bullet, and loses his memories.

Out of all X men movies, this is where the messier part begins. The plot dates back to as back as 8000 BC when the ancient mutant Apocalypse (played by Oscar Isaac) rises to power in Egypt but is later captivated and imprisoned by his followers. He is later shown awakening from the tomb in 1983.

However, Charles Xavier is alerted about his presence and malicious intentions of destroying the world with the help of his team called The Horsemen. Magneto’s family is shown to be killed and thus he ends up in a tragedy.

Even with this clarity, the age of characters like Nightcrawler and Angel who also appear young in the earlier Xmen franchises with late timelines of 2000 and 2003 is vague.

X-Men: Dark Phoenix is the latest and the final movie of the X-Men series released by 20th Century Fox before the Disney acquisition. The studio attempts to portray one of the most beloved X-Men comics plot centered on Jean Grey, played by Sophie Turner Jonas.

The latest film, which turned out to be a box office disaster, is set in the year 1992, the XMen are assigned the job to rescue a team of astronauts and Jean Grey is exposed to an evil force, which enhances her already destructive powers, making her go full Dark Phoenix. Thus, the superheroes have to choose between saving the world and their companion.

The next few movies from the X Men movies list go straight simple as there’s less to no tangling of the timelines. Being the number 6 in this list, it is actually the first movie released from the X Men series all parts which also helped the franchise rise to fame as superhero movies.

By this time, old friends Professor X – then played by Patrick Stewart – and Magneto – then played by Ian McKellan, have a rivalry over the Mutant Registration Act. Magneto wants to change the world leaders into mutants with the help of his and Rogue’s powers, who is however close with the Wolverine and thus X-Men are able to stop him.

After a mutant attack on the President, everyone starts to fear any type of mutant. When Colonel William Stryker – who’s introduced in this movie for the first time – confronts with the help of Nightcrawler, Professor X’s school regarding his connections with the mutants, they get scattered and Xavier is captured by them. Now, even the Wolverine is a mentor at the mutant kids’ school and a few newcomers are also brought to limelight.

Later on, it’s revealed that Stryker used his son’s mutant powers to force Professor X into killing all the mutants. The X-Men team unites with Magneto and his team Brotherhood again to save this situation.

The most out of pocket and irrelevant movie of the X-Men series where almost every major thing that’s supposedly shown turns out to be ignored in the later franchises and shown all over again. This happened when the director Bryan Singer left and Brett Ratner came in.

Professor X dies in this film, which is not true. Cyclops dies here, which is also not true. Jean Grey – then played by Famke Janssen – is suddenly resurrected, following her sacrifice at Alkali Lake in the previous film. Professor X later reveals her death unleashed a dangerous side of her personality known as the Phoenix, which is introduced in this movie, which due to the new timeline again makes a comeback in the Dark Phoenix.

The Wolverine, released and taking place in2013, follows the aftermath of the death of Jean Grey by Logan’s hands and the nightmares about it that he’s been getting. One day, a Japanese girl named Yukio, who is skilled with a samurai sword, visits Logan and insists him to visit her grandfather, a tech-businessman Yashida who (was a World War II soldier whose life Logan had saved in Nagasaki) is dying and wants to see him as his death wish.

However, his hidden conspiracy and a kidnapping attempt push the Wolverine beyond his physical and mental limits, as the once-invulnerable XMen is challenged, for the first time in his life, with the inevitability of death.

Deadpool starts off as rather a separate storyline from the previous X-Men series movies where a mercenary named Wade Wilson (played by Ryan Reynolds) falls in love with Vanessa.

All remains well until he’s diagnosed with terminal cancer. A shady organization contacts him offering a cure to his cancer. His acceptance makes his path cross with a sadist psychopath, Ajax, who makes his dormant mutant genes come alive.

He soon gets disfigured due to it – and apparently acquires an unusual humour – and wants to seek revenge on Ajax and go back to Vanessa. And now has an alias called Deadpool.

In the follow up to the story separate from all X men movies, Deadpool loses his love Vanessa and kills the man behind the killing in revenge. He tries to kill himself but only passes away mentally as his physical form is kept alive and in form by Colossus.

Wilson then decides to join the X-Men to recover from his grief. He along with other mutants namely Negasonic Teenage Warhead, Peter, Domino etc. try to save a young mutant named Russel from getting killed by Cable (played by Josh Brolin).

Logan is the final take at Hugh Jackman’s character Wolverine, from all X-Men series in order. It is based in the not-so-distant future of 2029, where the mutants are nearly extinct and the X-Men have broken off. Logan’s mutant power of healing is slowly fading while he’s looking after an old ailing Professor X and keeping him underground.

He is then met with Laura Kinney, a teenager clone of the Wolverine, trying to save her life as she’s running away to Canada. Xavier and Logan then get to work saving the young mutants along with Laura and lose their lives in the journey, completing the purpose. 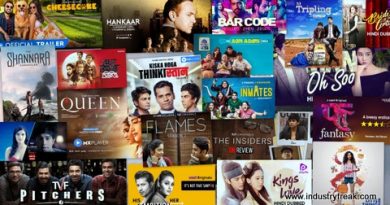